Capital College was founded in Canberra in 2016 and has been run, shaped, or staffed at different times by a team of education entrepreneurs from Australia, England, Malaysia, Singapore, India, Nepal, China, Japan, Iran, and South Africa.

Collectively they have contributed hundreds of years of experience to the College’s cultural diversity and operational excellence. Students from 40 nations study with the College today. The College is growing substantially, adding a campus on the Gold Coast in 2020, and mini-campuses internationally. The growing focus on hybrid delivery models has also seen the College embrace online technology and local in-country partnerships. 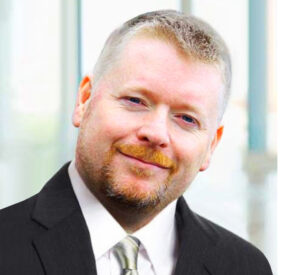 Nic Read the Chancellor and CEO of Capital College shares some tips from years running and consulting to international companies, as well as his experience growing the Capital College brand overseas.

Nic says that because of what some have called ‘the tyranny of distance’, Australia has long adopted an exporting mindset.

“A relatively small population compared to nearby neighbours means we have a fairly static marketplace within Australia. Companies have to decide whether their goals can be met within that or if they need to cast a wider exporting net. This is made easier if your product or service is unique and solves needs in other markets that aren’t satisfied by local offerings”.

He points out why this has been relevant to Capital College. “We provide vocational education to international students. For 18 months the border has been closed to foreign students. These graduate, go into the workforce or go home. Every month there are fewer students to teach. Training providers who rely entirely on the onshore student market are watching that pond get smaller and more price competitive. The longer the border stays shut to international students, the tighter it will get. That’s why we started exporting Australian education. There’s a world of opportunity out there”.

Nic believes that choosing your target market is key. One of his first pieces of export advice is to set a goal of what you’re trying to achieve. “Figure out where the soft entry targets are around the world. Too many exporters think product-first. It’s better to think problem-first. Identify where people recognise they have the problem you solve best, where there are no competitors, or where other solutions aren’t as good as yours. This is the market you need to be in”.

TIP #2: Have confidence in being Australian

“Australians are not daunted by distance. We’re generally multicultural and affable instead of parochial and prickly. We tend to think outside the box and are prepared to ‘have a go’. This is so unique in the world. It’s not until you go live in other countries that you appreciate what an inherent strength the ‘Aussie battler’ culture is. It gives Australian businesses a head start when it comes to exporting. We embrace so many cultures inside our borders, that it’s almost second nature to get along with those outside”.

He mentions there’s no need to feel like a little fish in a big pond. “Compared to some nationalities, we tend to have fewer airs and graces. This forthright simplicity can be disarming, even charming to people overseas. We can look at other countries and see the size of their populations, the largesse of their economies, or the dominance of their technologies, and feel that Australia is just ‘a big country town’ by comparison. I don’t subscribe to that view. It’s my observation that we’re more curious, inventive, competitive, adventurous, and diplomatic than most. I believe these traits make dealing with Australian companies more attractive in the world stage. When you’re out there, you see it: people visibly relax and smile when they hear you’re from Australia. They think we’re cool. It’s because we are”.

TIP #3: Have good local partners on the ground

Nic says that the third thing he has learned is the importance of having local partners on the ground who have local knowledge and networks. These can never be underestimated.

“You have to find good partners who have long experience on the ground in overseas locations, whether that’s local IP protection, local manufacturing, or their networks of distribution. You need to find the right quality partners and not be afraid of ‘kissing lots of toads’ before you find the right friends.”

“Don’t just take the first one that comes along, figure out what standards you’re looking for, what’s important to you, and be relentless in finding those people. The importance of shared values and clear communication cannot be overstated. It’s also important to trust your gut: if in doubt, don’t”.

TIP #4: Find a point of differentiation

Capital College operates in the highly regulated Vocational Education and Training (VET) sector. It offers training courses that fall under the Australian Qualifications Framework, a modular system that takes in all aspects of life-long education.
Under the AQF students learn and demonstrate competency in specific knowledge and skills for the workplace. These units are recognised by all schools and employers as building blocks to higher qualifications and certification. This is beneficial for domestic students as well as for foreign students hoping to stand out in their local jobs scene by holding an international diploma.
Nic observes,

“Here’s why the AQF is so good. When I was on assignment to Europe, my kids went to school in the South of England for some years, then we relocated to the North. Imagine our surprise when the schools there used a different curriculum that International students learning at Capital College didn’t recognise their prior learning. My children were at the top of their  classes, but were asked to repeat a year simply due to the bureaucracy of conflicting curricula.

“By comparison, the Australian Qualifications Framework offers a nationally accredited, consistent approach to education. It’s clear cut, transparent and  progressive. It builds relevant industry skills and knowledge. Each level builds on the last. It’s a great point of differentiation and for us to take to the world. Australia didn’t invent education, but we did create the gold standard. When you’re offering something you believe in, that has a unique selling point, it’s not hard to gain a foothold overseas”.

Nic encourages exporters to audit their product from time to time and review how it meets the customer’s evolving needs and current competitors. When doing so he suggests the ‘product’ be viewed as encompassing all the people who touch the process of development, delivery, and customer support.

“By example,” he says, “as a College we audit the quality of our training faculty, the structure, and design of our curriculum materials, and check the extent to which the courses we offer align to the Government’s projections on which skills and jobs are needed in the medium to long term. Meeting that demand makes our offering more attractive to international students who want a specific qualification for its education value, as well as those who hope to stay in Australia through migration and be job-ready”.

Such measures to improve the product and delivery methods helped Capital College grow. Then came the COVID pandemic.

“Whether you’re a university or an RTO, the pandemic has been a great test of organisational resilience, operational efficiency, and overall quality”, Nic says. “A number of education providers  and agents who manage student migration and school placement) found their business model relied on simply clipping a fee for service from the seemingly endless food of foreign students who fed the machine. When that tap turned off, too few offered enough value-add to stand out. There have been casualties. Whole businesses shut down. But those which maintained or even improved by offering quality people, quality processes and quality product have fared better than most”.

To offset the fiscal risk that border closures represented, Capital College worked with its recruiters, marketers, and partners overseas to build a pipeline of offshore students in their home countries, and monetise them. To do this, several things needed to happen in tandem. With countries like the UK and Canada offering an open travel policy while Australia’s borders were shut tight, the College needed to sell why studying and living in Australia was still worth waiting for. The product on offer needed to be even more compelling to stand out against cheap competitors at one end and Ivy League alternatives at the other. There was also the elephant in the living room that study could commence, but would need to start online until students were permitted to travel. This was a buzzkill for many students who felt online training was dull and wanted to leave home for study.

“We built a better offering to make this work”, says Nic. “Australia’s record as one of the healthiest places to live during the pandemic, and the promise of living the quintessential Aussie  lifestyle tracked well. The unique qualities of the Australian Qualifcations Framework was another highlight.

“We partnered with AICOL, a top English language training college so students could achieve their language pre-requisites and then learn a vocation with us under one umbrella. High schools with international students were presented the concept of the College serving as their ‘Year 13’.

“We expanded our scope so enrolling with the College (and being granted a student visa by the Department of Home Affairs) provided a longer 3-4 year pathway from certifcates, to diplomas,  advanced diplomas and a graduate diploma. We bundled industry certifications and formalised credit transfers with select universities. Behind the scenes we improved our technology and  operations, adding trainers for evening and weekends to accommodate different timezones”.

This elevated the appeal of Capital College’s product in export markets. Students now enrol in courses that start offshore in 2021 and will end several years later in Australia after the borders open. This not only assures a longer revenue tail for Capital College but serves as a future pipeline for its university partners.

Early success led to a major teething problem: Internet bandwidth. Not every student had a reliable connection at home, and this threatened the College’s online-offshore education strategy where live trainers would staff each class via video.

The solution was found in the concept of the ‘mini-campus’. The College piloted this in Islamabad Pakistan with the appointment of local marketing partner Junaid Salim of ISEN International. Students leave their homes to attend a local training centre equipped with high-speed Internet. With tables and chairs arranged to meet social distancing standards, they turn up for class, make friends and participate as the Capital College trainer beams in for a live class from Canberra or from the College’s other campus on Queensland’s Gold Coast. On the day that Australia’s border opens to their country, these students (with visa already granted) will fly to Australia and rebuild the ranks of onshore international students.

“Exporting is a team process, and requires support across the enterprise”, says Nic. “Each department head and team member plays a role. We also have top-notch agencies in Australia who bend over backwards to support Australian businesses planning to make their mark overseas. I encourage any export-minded business to adopt the African motto: ‘If you want to go fast, go alone. If you want to go far, go together’”.

If you would like to learn more about Capital College- you can get in touch with us here: Contact Us